Many years of working with State of Art provides the best result, time and time again. Below, you will find the pictures of this project in ‘s-Hertogenbosch, which we were allowed to do for State of Art, and read an interview with Martijn Mateman from State of Art. 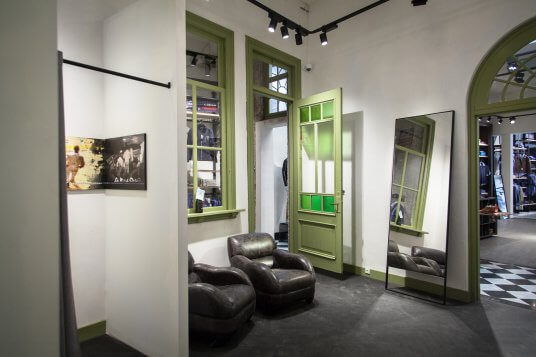 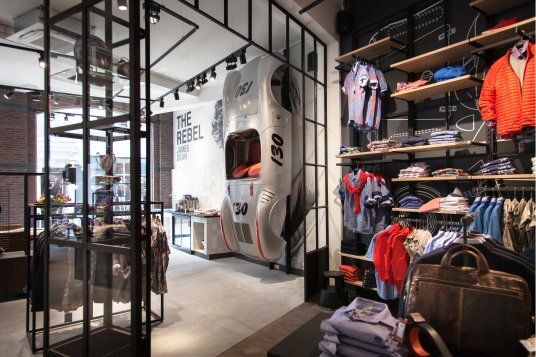 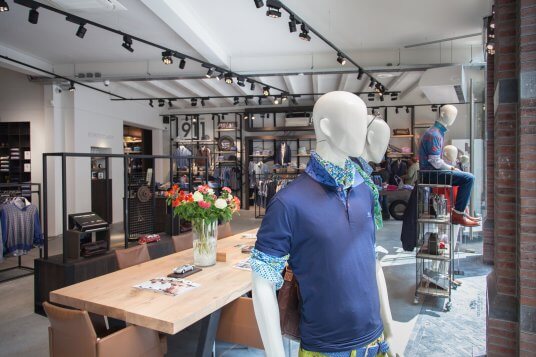 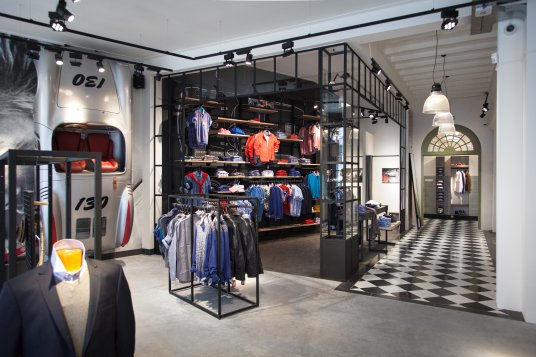 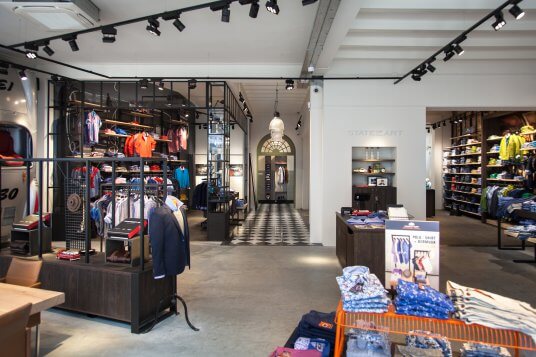 We spoke with Martijn Mateman of State of Art about the collaboration between Teamwork interiors and State of Art.

State of Art originated from a production company called the ‘Albert Westerman Tricotage factory’. It was founded in 1936 and was a knitting factory. In its heyday, it was even the most modern knitting factory in all of Europe, with 180 people involved in the production.

In 1986, Albert Westerman decided that he wanted to be able to add his own creative expressions in his products and then produce under his own brand name. This eventually started with the production of sweaters in 1986. A year later, State of Art was registered and became the organisation that it is today. In total, the company has 214 employees, divided between the Netherlands and Belgium.

We have 40 brand stores, our own webshop and a wholesale own business-to-business channel.

What is your role within State of Art?

I’m the Managing Director, so basically the director of the entire organisation.

What is your relationship with Teamwork interiors?

How long have you been working with Teamwork interiors?

In 2013 we opened a shop in Rotterdam. The collaboration with Teamwork interiors started with this shop. We prefer long-term rather than short-term cooperation.

Why are you working with Teamwork interiors?

The people behind the organisation are very valuable to us. In addition, they have high-quality products and they participate in the process. In the time we have been working together, we have built a bond that makes us know them, but they know us as well. This ensures a pleasant and reliable collaboration. It is a company in the Achterhoek. They are practically right around the corner from us.

What makes Teamwork interiors unique to you?

What is the most beautiful project you have done together?

That has to be the project we did in our own stores in Maastricht and Den Bosch; in my opinion, two very special shops. What makes these shops so special is not just the interior but also the building. We have a very nice shop in Maastricht, in which we highlight the historical elements of the building. The exterior and interior are connected seamlessly.

In addition, Teamwork interiors also contributed to the interior of our showroom in Antwerp. This ultimately led to a very good result. They developed a kitchen with all the necessary equipment. This was a memorable and real business-to-business project. We usually work on shop interiors with Teamwork interiors. However, we took our showroom a step further in Belgium.

How would you describe Teamwork interiors in one sentence?

In the definition of Teamwork interiors, ‘thinking along’ is a very important one. Teamwork interiors are able to sit in our chair and think from our perspective. This often results in qualitative and flexible solutions in the interior.

Back to project overview

Come and
work
with us